The name is based on the Gaulish word Cebenna which was latinised by Jules Cesar to become Cevenna. These terms most probably originated from an ancient Celtic term ‘cebn’ meaning ‘back’ (cefn in Welsh and kein in Breton).

There are also some references to the goddess Cébenna who lies on her back on Mont Caroux which overlooks the town of Olargues in the Hérault department.

The Cévennes has become the guardian of the memory of Robert Louis Stevenson – a forerunner of modern tourism – who travelled the region on foot accompanied by a donkey in 1878 and who recorded his adventures in the book called Travels with a Donkey in the Cévennes. 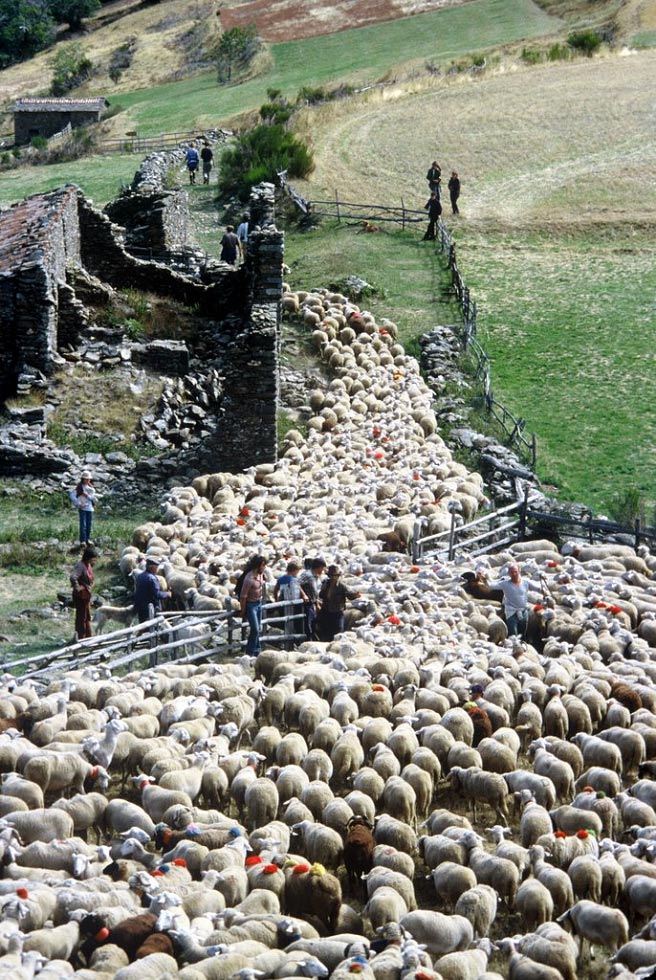 Transhumance in the Cévennes

The Cévennes was the scene of battles between the French Protestant insurgents (Camisards) and the King’s catholic troops (Black Dragons) between 1702 and 1704-05, though the persecution did last right up to the French Revolution.

The dioceses of Mende, Nimes, Alès and Uzès were affected by the French wars of religion as early as the 16th and 17th centuries. Though they were constantly persecuted (as early as 1660 by the Black Dragons), there was a large Protestant population when the revocation of the Edict of Nantes on 18 October 1685 declared Protestantism illegal. Missionaries and soldiers were dispatched but only a few converted to Catholicism. Most of them preferred to hide in the Cévennes scrubland (called the ‘desert’), to leave France, or to suffer for their beliefs.

The Cévennes is a symbolic region for the history of Protestantism.

The Causses and the Cévennes were put on the Unesco world heritage list on 28 June 2011.